SmartTots is pleased to announce Robert Block, PhD and Caleb Ing, MD as the recipients of our inaugural round of research grants. Dr. Block and Dr. Ing are investigating the existence of a clinical signal suggesting poor neurocognitive outcomes as the result of early exposure to anesthesia. Both recipients received $100,000 to fund their studies. Read More 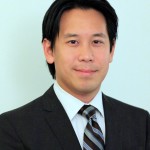 Anesthetic Exposure Duration and Effects on Cognitive and Language Ability 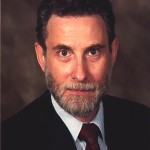 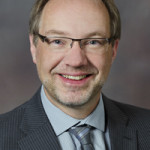 The Japan Society for Clinical Anesthesia (JSCA) has demonstrated its commitment and support of the SmartTots Initiative with a donation of $20,000 for pediatric anesthesia research. Read More

Thank you to all who attended the 2012 Party with a Purpose fundraiser, held at this year’s IARS Annual Meeting in Boston, on May 20, 2012. The event hosted more than 140 guests and raised more than $17,000 for SmartTots research!

Thanks again to the event sponsors and donors for their generous contributions! To view photos from this year’s Party with a Purpose, including Dr. Steven Shafer’s escape from a straight jacket, visit the SmartTots Facebook page!

Are Anesthesia and Surgery during Infancy Associated with Altered Academic Performance during Childhood?

An increasing amount of both experimental and epidemiological data indicates that neonatal anesthesia causes disruption of normal brain development in rodents and primates, as manifested by acute increased apoptosis and long-lasting altered behavior and learning. It is necessary to seek strategies that avoid the possible adverse effects after anesthesia. Read More

Review Article: Neuraxial Analgesia in Neonates and Infants: A Review of Clinical and Preclinical Strategies for the Development of Safety and Efficacy Data

Recent preclinical reports of adverse effects of general anesthetics on the developing brain have increased awareness of the potential benefit of neuraxial anesthesia/analgesia to avoid or reduce general anesthetic dose requirements. Read More

A growing number of studies have shown that commonly used anesthetic agents may cause neurohistopathological changes and persistent behavioral impairments in the developing brain. The effects of sevoﬂurane, a widely used substance in pediatric anesthesia, on the developing brain have not been thoroughly analyzed thus far. Read More